An independent report looking at responses to the Healthcare for the Future consultation on services across west, north and east Cumbria has been published today (24 February).

The report looks at responses from more than 5,000 people who shared their views on the options for consultation either online, or by filling in the survey in the consultation document or by writing in by email or post. It also analyses feedback from thousands of other people that took part in public meetings and other consultation activities.

Stephen Childs, chief executive of NHS North Cumbria Clinical Commissioning Group, said: “It is clear from the volume and the quality of the responses we received that people across Cumbria gave the issues very serious thought. Many people had clearly spent a lot of time writing their submissions, compiling information and pointing us to evidence they felt we should consider. I would like to say a huge thank you to everyone who took part in the process.

“It demonstrates that people care a great deal about their health and care services and that is a great endorsement of the NHS here and a compliment to the staff on the front line delivering services every day.”

Following an extensive pre-consultation engagement period, the Healthcare for the Future consultation took place between 26 September 2016 and 19 December 2016. The 12-week consultation saw 17 public meetings, and a large number of stakeholder update sessions, deliberative events, workshops and specific events for seldom-heard (or hard-to-reach) groups. It also saw the return of the Healthwatch ‘chatty van’, which visited locations across west, north and east Cumbria to ensure those in isolated communities would be listened to, engaging with more than 3,600 people. A further 1,000 people also took part in a telephone survey conducted with a demographically-balanced segment of the population across west, north and east Cumbria.

Looking into all of the feedback gathered from this activity, the report concluded that: “There is mixed support for many of the proposals outlined in the consultation document including the preferred options for the purpose of the consultation. Potential changes to services, particularly where loss of services are involved, understandably cause apprehension among those who may be affected. There has been clear and vocal opposition where this is potentially the case.”

However, a number of responses from both national and local clinical experts indicated support for either the preferred option or expressed the need for change from the status quo through any of the options presented.

Health leaders from across the system and NHS North Cumbria Clinical Commissioning Group’s Governing Body – who have already been considering public feedback from the consultation including any alternative proposals suggested by members of the public and community groups – will now review the findings of the report and consider these as part of its decision-making process.

Read the executive summary of the independent report into consultation responses. 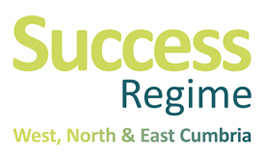